About the Island of Rhodes in Greece

Arriving to Rhodes Island the word special comes to your mind . Rhodes is the largest island in the Dodekanese in Greece and visitors to this amazing place will likely never forget how special it is. In fact, many visitors come to Rhodes Island on a trip or cruise boat and ending up coming back again.Vacation house rentals became quite popular over the past decade as holiday homes and rentals by owner.The infrastructure of the island lends itself well to travel, as do the many sights like the Valley of the Butterfly,Kamiros Skala,Lindos and Embona. In the area of Embona are growing Grapes for the local produced Wine of Cair, recently a Gold medal winner for a red dry Wine with the label”Pathos” ~ “Passion.” Over 130,000 people are fortunate enough to call Rhodes their home,approximately 80.000 of those people reside in Rhodes City Center ,10.000 inside the old Town/Vecchia Citta (UNESCO WORLD HERITAGE SITE since 1999) ,which is the capital of the island.Rhodes lies just 11 miles off the southwest Turkish shoreline and it’s strategic point between cultures and countries, has ensured a history both tumultuous and marvelous between Turkey and Greece.Rhodes Island is well known for it’s number of sunny days. According to some, the sun shines at some point every day of the year. Explore the island’s wealth of byzantine churches and other historical sites like the Grandmaster Palace, and if you have time you can save a couple days for a relaxing beach vacation Rhodes getaway in the south of Rhodes Island.Around Rhodes City and other Rhodes destinations , you’ll find plenty of restaurants,tavernas,shops (jewelery,furs and various Greek products),cafes and as well bars and an excellent throw your cares away nightlife.Witch is actually most popular within the medieval city of Rhodes by Greeks and foreign Visitors.

Water sports like Surfing in Prassonissi & Ixia and scuba diving should be as well on your wish list. If Island hopping is on your agenda, you will find Greek ferries operating from Rhodes Mandraki ,or the newly build commercial harbor that can transport you to other desirable destinations in Greece such as Crete,Kos,Mykonos Santorini,Symi,Halki,Tilos and Kastelorizio,or to other country’s like Cyprus , Aegypt ,Italy and Turkey. 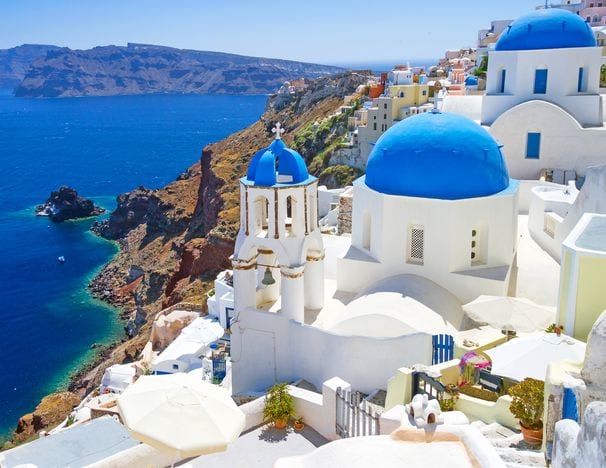